About Us > Rick Pauly

Our team at High Performance Pitching is led by a dynamic team of veteran coaches who have enjoyed success at every level of fast pitch softball – from high school, through college, and professional leagues.   Our team is ready to help your team! 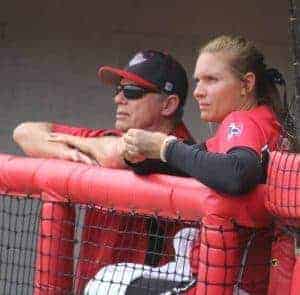 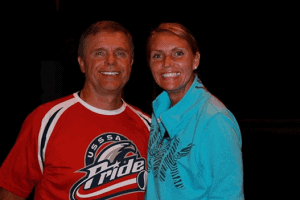 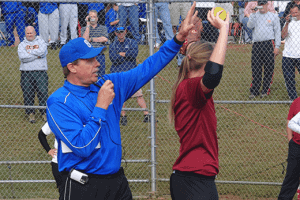 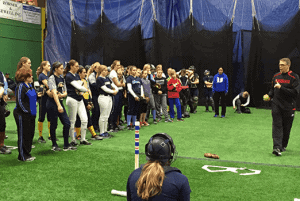 A former Men’s Fastpitch ASA All American, Rick has spent a lifetime studying pitching. His help in developing several elite level pitchers is a testament to his knowledge of this art. Rick’s fastpitch roots go back to his playing days with his hometown team in Wisconsin the Menomonie Blues and progressed through his days of playing with the nationally recognized and ASA National Champion Madison Farm team.

As a player, Pauly competed in 11 ASA or ISC National and World Tournaments and additionally competed with his Madison Farm teammates at the US Olympic Festival Games in 1987& 1991. While still competing Pauly was also a State ASA Fastpitch Player Representative in Wisconsin and was also instrumental in the formation of The Western Wisconsin ISC Travel League.

Since the completion of his playing days he has been involved in coaching fastpitch at all levels of the game. Focusing primarily on pitching he has coached at the 14U,16U,18U, & 18Gold levels of travel ball spending many years with the nationally ranked Lil’ Saints of Phoenix, Az. He has assisted two nationally ranked high school programs in Phoenix, Az. and recently was the head coach at Spartanburg Methodist College where he guided the team to the Junior College World Series in 2008 and 2009. In July of 2009 he accepted the job as the Pitching Coach at the University of South Carolina and moved to the University of South Carolina Upstate in the fall of 2011 to become their pitching coach. After a very brief retirement Pauly became the Pitching Coach for the University of Georgia Bulldogs in the fall of 2014.

Pauly is a high level softball pitching clinician and through his individual teaching has helped many pitching students progress to the collegiate level.

In May of 2014 Pauly was selected to the USA National Team Coaching Pool. He will be assisting several other high level coaches select and develop the players that will compete on our National Team and Junior National Team in 2015 and 2016.

In December of 2015 Rick was one of the featured presenters at the National Fastpitch Coaches Association national convention….a real highlight of his coaching career.

2016 saw Pauly doing the pitching coaching with the Akron Racers of the National Pro Fastpitch league.

2017 -2019 has been a continuum of his “High Performance Pitching” clinics throughout the USA. Additionally, he has traveled to Copenhagen, Denmark for three years to work with their National Softball Federation.