About Us > Sarah Pauly

Our team at High Performance Pitching is led by a dynamic team of veteran coaches who have enjoyed success at every level of fast pitch softball – from high school, through college, and professional leagues.   Our team is ready to help your team! 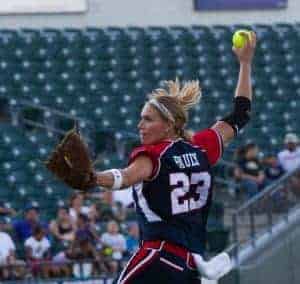 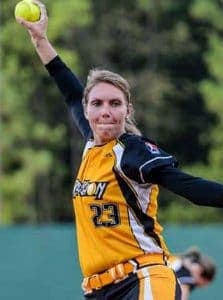 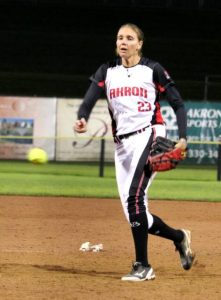 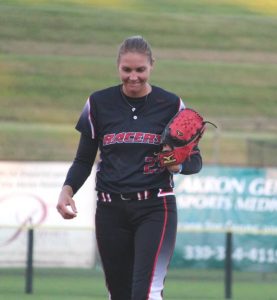 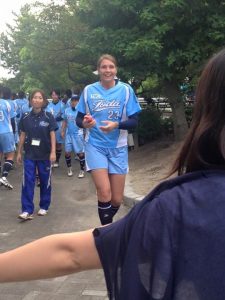 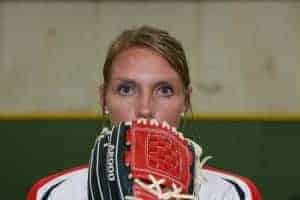 Sarah had an outstanding collegiate pitching career at Texas A&M – Corpus Christi and is the all time pitching wins leader in the National Pro Fastpitch League.  Her Pro career has seen her play for the 2010 NPF Champion USSSA Florida Pride, the 2007 NPF Champion and 2008 runner-up Washington Glory and the 2006 runner-up Stratford Brakettes. Prior to joining the coaching staff at The College of Charleston, Pauly  served as the pitching coach along side head coach Rick Pauly at Spartanburg Methodist College in Spartanburg, South Carolina.

While at Texas A&M Corpus-Christi, Pauly rewrote the NCAA Record Books and posted a four-year record of 112-46 for the Islanders.  She is currently third in career strikeout ratio with 11.6 strikeouts per seven innings pitched and is tied for ninth in career strikeouts with 1,370. More impressively, those records were accomplished in only three years as TAMUCC had provisional status during her freshman season.

As a senior in 2005, Pauly went 37-7 with a 0.56 earned run average and finished with 497 strikeouts and 12.08 strikeouts per seven innings. The 37 victories placed her third in the nation behind Texas’ Cat Osterman and Tennessee’s Monica Abbott while her strikeout ratio, strikeout total and ERA ranked second, third and fourth in the country. Her strikeout total and ratio are each among the NCAA’s Top-25 single season performances, ranking 15th and 12th, respectively.

As a junior she compiled a record of 27-10 and ranked fourth in the nation in strikeouts per seven innings (11.5), ERA (0.64) and strikeouts (442) while coming in sixth in saves with six. That followed a sophomore campaign, and the first at the NCAA level, that saw Pauly finish with a 23-16 record and place third in the nation in strikeouts per seven innings (11.4) and strikeouts (431), sixth in ERA (0.82) and seventh in total wins.  Additionally, Pauly garnered Big South Pitcher of the Year, Big South Tournament Most Valuable Player and All-Conference First-Team selections in each of those seasons.

Following the completion of her college career in 2005, the Phoenix, Arizona native joined the Stratford Brakettes Womens Major Open Amateur team and was named an Amateur Softball Association Women’s Open First-Team All-American in her first season. Pauly followed that performance with a 2006 season that saw her earn Most Outstanding Pitcher honors in the National Pro Fastpitch league with a league leading 1.24 ERA and league-high tying 15 wins and 138 strikeouts for the Connecticut Brakettes. She was also named an All-NPF selection as she helped lead the Brakettes to a runner-up finish in the league. That same year, she was chosen as a member of the Team USA Softball National Training Team.

In 2007 with the Washington Glory, Pauly went 13-6 with a 1.35 ERA and struck out nearly a batter an inning with 122 strikeouts in 124.2 innings. She went the distance in six of her 18 starts and allowed only 24 earned runs as the Glory won the National Pro Fastpitch championship.

The 2008 season Pauly again was with the Washington Glory as she teamed with former All-Americans Monica Abbott (Tennessee) and Taryne Mowatt (Arizona) as well as former Arizona State standout Desiree Serrano as the Glory reached the NPF finals for a second consecutive season. In 2008 even with the quality of her own pitching staff teammates, Pauly led the league in ERA from start to finish and struck out 112 to hit triple-digits in strikeouts for the third straight season.

In 2009 Pauly’s Professional career moved to the USSSA Pride where she helped pitch them to the runner-up spot in the league finals. 2010 sees her continuing her Pro career with teammates Cat Osterman and Katie Burkhart on the roster of the USSSA Pride.

In 2010 Pauly continued her dominating ways. Her USSSA Florida Pride team won the NPF Cowles Cup Championship and she was selected to the NPF All Pro team for the fourth time.

In 2011 a new adventure happened. Sarah signed a contract to pitch in Japan for Honda Motor Company in the Japan Women’s Fastpitch Pro League. Her and NPF teammate Lauren Lappin combined to have a great season with the Honda team. Additionally, Pauly was a mainstay pitcher for the NPF runner up USSSA Florida Pride, teaming with Cat Osterman and Danielle Lawrey.

In 2012 Sarah Pauly returns home….Pauly was announced as the Pitching Coach at her alma mater, Texas A&M Corpus Christi.

In 2013 Sarah competed again with the USSSA Pride and again was selected to the NPF All Pro Team.

In 2014 Pauly was traded to the Pennsylvania Rebellion where she joins her longtime teammate Lauren Lappin. As a member of the Rebellion she garnered her 7th NPF All Pro selection.

The 2015 season saw Sarah pitching with the Akron Racers, the longest running franchise in the NPF. Hooray, Sarah just won her 100th NPF game…most career wins in NPF history. As a follow up, Pauly was just selected to her 8th NPF All Pro Team. With the end of the NPF season comes another adventure as Sarah heads off to play in the Japanese Pro League again in the fall of 2015.

The 2016 season and more adventures…..Akron Racers of the NPF and Toda Medical of the Japanese Pro League.

The 2017 season was time for someplace brand new….Bollate of the Italian Pro League…and a league championship. And for good measure a trip to coach in the Chinese Junior National development program.

2018 Sarah did a return stint with Bollate in the Italian Pro League….and a European Cup Championship.

2019 turned another page. Sarah headed off to New Zealand to pitch for the Ramblers in the top league.  Then a quick turnaround and back to Italy with Forli of the Italian Pro League….and a European Cup Championship.

2020 just when she considered retirement, Sarah accepted the opportunity to pitch in Australia……so, off on another adventure.